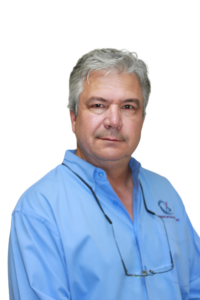 Eugenio R. Silva is an American Board Certified Prosthetist/Orthotist dedicated to improving the lives of his patients by combining traditional methods with the highest technology available in the field. He was one of the pioneers who lobbied for the licensure to become the standard of practice in the state of Florida.

He was one of the pioneers who lobbied for the licensure to become the standard of practice in the state of Florida. He became licensed in Orthotics and Prosthetics, when the state of Florida first instituted licensure in the field in 1998. He obtained his degree in Orthotics and Prosthetics at Florida International University in Miami, FL in 1993.

Mr. Silva completed his clinical residency program with the largest Orthotics and Prosthetics Firm in the U.S. During his residency, he was exposed to a large Pediatric and Geriatric population. After completing his residency in 1995, Mr. Silva assisted in the design, development, and management of the Orthotic and Prosthetic Facility in the V.A. Hospital in West Palm Beach, FL. There, he successfully treated the area’s veterans.

Mr. Silva started his own practice, Advanced Motion Control, in 1996 in Miami, Florida. He has had the opportunity to treat a wide range of clients including many patients who travel from other areas of the U.S. and, even internationally. Mr. Silva has great familiarity and expertise with athletic amputees, specifically runners. He has also been awarded a patent for an ankle-foot orthosis that addresses severe Posterior Tibial Tendon Dysfunction.

Mr. Eugenio R. Silva continuously attends professional development programs to stay abreast of the latest research and developments in the field in order to maintain the level of excellence in Orthotics and Prosthetics that Advanced Motion Control has come to be known for. Eugenio R Silva was elected by his peers to serve as the President of the Florida Association of Orthotics and Prosthetics in 2015 and continues to serve on that board. 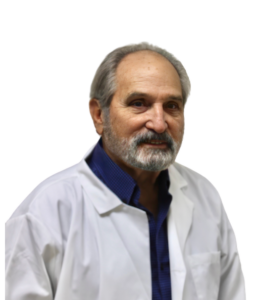 Alan Finnieston is recognized worldwide as an innovator in P&O, regularly asked to give Scientific Presentations. He developed BioSculptor®, the leading CAD/CAM system for P&O, and holds extensive patents.

His passion for P&O has led him to Washington, to lobby on behalf of amputees and the quality of care they receive. Alan received his Prosthetic & Orthotic education from Northwestern University, New York University and Marquette University. He is a Licensed and Certified Prosthetist & Orthotist with the State of Florida and the American Board for Certification in Orthotics and Prosthetics.

Alan began to work with his father in 1960 and was the driving force behind adding Prosthetics to their practice which was previously only Orthotics. In the early 1970s, in order to better meet the needs of his orthotic patients, Alan developed and patented a series of braces made of molded plastics. These braces, representing a significant advancement over traditional equipment, led to the formation of Maramed Orthopedic Systems which now produces the braces for distribution worldwide.

In the 1980s as an outgrowth of his work with prosthetic patients, Alan joined the CAT-CAM research team where he assisted with the development of the Contoured Adducted Trochanteric-Controlled Alignment Method (CAT-CAM) above knee amputee socket. The CAT-CAM Socket represented the peak of innovation in prosthetics at the time, allowing above knee amputees the ability to run leg over leg for the first time.

After years of pioneering R&D work, in the 1990s, Alan and his team of engineers founded BioSculptor®, a company devoted to developing and implementing the most advanced CAD system in the field of Prosthetics & Orthotics. Use of this technology and advanced clinical techniques leads to superior fit and function of prosthetic sockets and allows patients to take full advantage of available cutting-edge components. Alan’s innovative work was featured on the Discovery Channel, and is now utilized worldwide.

Over the years, Alan has held many different titles, such as Chief Prosthetist for the U.S. Disabled Ski Team of the U.S. Olympic Team and adjunct professor at the University of Miami Department of Orthopedics. Alan is thrilled to offer his experience to Advanced Motion Control and hopes that his innovative techniques will continue on for years to come.

We are putting your safety first by taking all necessary precautions based on the American Board for Certification in Prosthetics and Orthotics and guidance from the Centers for Disease Control and Prevention.